LONDON UK. Nigeria could accept the temporary loan of a collection of exquisite bronze sculptures rather than their permanent return by European institutions, including the British Museum, officials have said. The proposal by the British to “loan” instead of returning the rare Benin Bronzes artefacts has left the world in a frenzy.

The Benin Bronzes are a collection of intricately-worked sculptures and plaques in bronze, ivory, ceramic and wood that decorated the royal palace of the Kingdom of Benin, which was subsequently incorporated into British-ruled Nigeria. Benin was one of the most powerful kingdoms in West Africa, flourishing in the Middle Ages before it was weakened by succession struggles and civil wars.

The Benin Bronzes were plundered from the kingdom by British forces in 1897 during a punitive expedition. They ended up in museums and galleries in Britain, including the Pitt Rivers Museum in Oxford, as well as Germany, Austria and the US. Eric Ogbemudia, an expert in metal sculpture, said the bronzes should be returned. “We will be happy if those stolen artefacts are brought back to Benin. But they stole them. Those items are the works of our forefathers and they are very unique to us,” he said.

Nigeria has sought their return since independence from Britain in 1960. Mr Godwin Obaseki, the governor of the southern Nigerian state of Edo where Benin City is now located, said that “whatever terms we can agree to have them back so that we can relate to our experience, relate to these works that are at the essence of who we are, we would be open to such conversations”.

It was reported that the British were open to the idea of loaning Nigerians the artefacts which were taken by British forces in 1897.

“It is absolutely not the case that everything in the museum’s African collection was plundered or looted or whatever phrase you want to use. But obviously there are certain circumstances or certain events that happened and certain examples like the Benin Bronzes where that material wouldn’t have come into the collection the same way today,” they said.

Mark Walker grandson of one of the looters with the Oba of Benin: 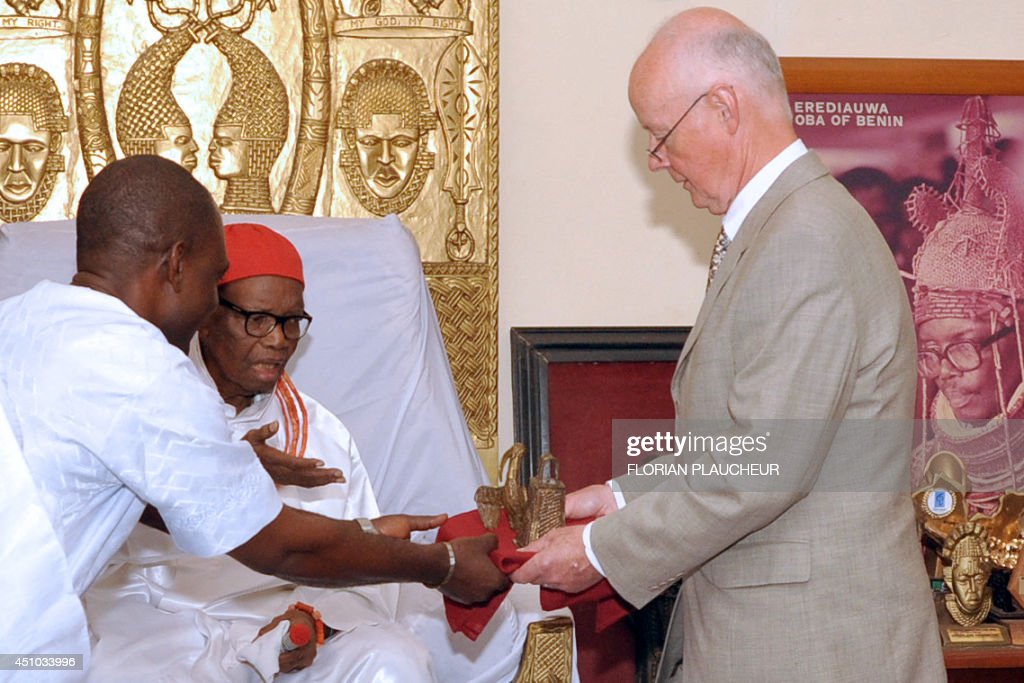 This site uses Akismet to reduce spam. Learn how your comment data is processed.

My Tweets
Advertisements
Wahala Online News is a part of Wahala Media LLC.
%d bloggers like this: